Designing unique, stunning and intelligent websites which get your freak flag flying and your customers enthralled. 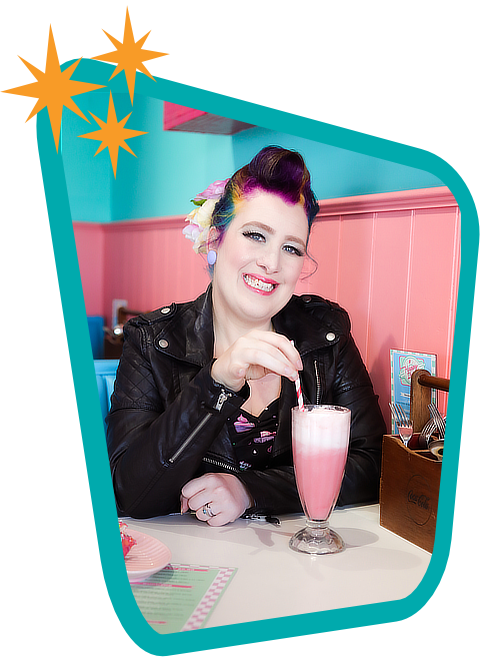 Life is short. Don't waste time worrying about what people think of you. Hold on to the ones who care, in the end. They'll be the only ones there.

Life is too short to pretend to be someone or something you’re not. If you’re ready to shake off all the ‘do this’, ‘don’t do that’ baggage then I’m the gal for you.

Because I’m here to get your personality to shine through on your website. As being the uber-real, attracts your dream clients. And, if you’ve made it this far, there’s a good chance you’re my dream client. So, let’s get to know each other.

Who is the Violet Bombshell?

What you need to know about me,

Yes, you sold me. Let's be friends

Not your typical web designer

Chances are you’ve been checking out other web designers in search of your perfect match. Which means you’ve noticed most have a graphic design or marketing background. I don’t. My corporate career was in IT and my university degree in Psychology. An unusual but not uncommon combination but in the web designer world, it makes the Violet Bombshell Web Solutions business distinctive.

Check out the timeline below to see the path to Violet Bombshell Web Solutions. 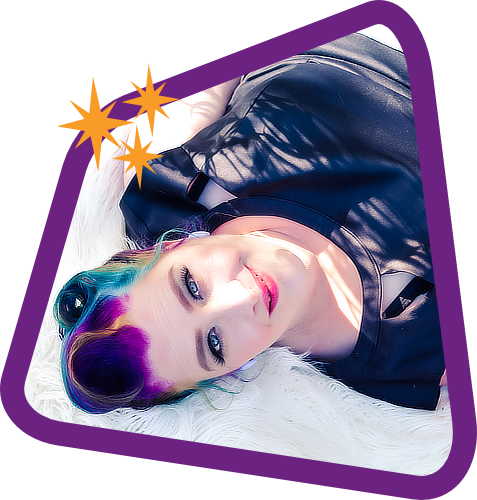 What my background means for you

I’m fascinated with the human brain and its inner workings, so I approach websites from a strategic and psychological perspective. Which means I’ll work with you to understand your audience. Learn their likes and dislikes, motivations, pain points and their deepest desires to inspire them into taking action on your site.

Throw in your uniqueness and your business’s personality, and we arrive at the core of it all, the comfortable space in the middle of the Venn Diagram.

With this in place, we’ll create a website which makes organising your client’s special event mind-blowingly memorable.

How does this magic happen?

Dive deeper into my journey from nerdy teen with a love of IT and psychology to the nerdy web designer you see now.

Early in 2005, fresh out of school I had to make a choice between studying IT and psychology. IT was my first love and so I got a Cert III in 2003 but psychology was my new passion which finally filled my void.

But then late in 2008, I was lured back into the warm embrace of IT and technology working on point of sale systems. Frustrated with psychology and the long road ahead I made the choice to switch gears and go back to IT.

So, here we are late in 2010, and working full time as a Jill of all trades in a small IT team at a major sporting and event venue in Melbourne.

And, you’ll never guess what happened.

During this job, I volunteered on the side for a pop culture event promotion company. I was the webmistress, affectionately known as “hacker guru”. Where I rebuilt, maintained their website and provided technical support during events and expos.

Then mid in 2017, I became pregnant with our first child.

The pregnancy was challenging as I was on bed rest for most of it. So finding ways to work from home replaced those of returning to the corporate world. To keep myself occupied I began doing website work for a friend.

Jean-Luc made an early entrance to the world in February 2018. The work from home juggle began meaning long hours at the computer with a newborn strapped to my chest.

And then, Felementary Designs was also born.

FD aimed to provide bespoke digital solutions to help businesses bloom. Working with fellow small business mums, many of which were also startups.

However, by mid in 2019 something wasn’t right.

I was forcing myself to be someone I used to be instead of who I am. So, I jumped onto a brilliant e-course by Anna Dower called brand rehab. This course gave me the permission I needed to stop playing it safe.

Thus, The Violet Bombshell emerged like a butterfly from a chrysalis.

So now that you know a little about me jump over to my socials shoot me a message or a DM and tell me a little about you. Don’t worry the links will open in a new tab so you can stick around here for more juicy details.

Violet Bombshell creates rocking websites for creatives in the events space using psychology-based principals and the strength of tech which dazzle, captivate and entice website visitors into taking action.